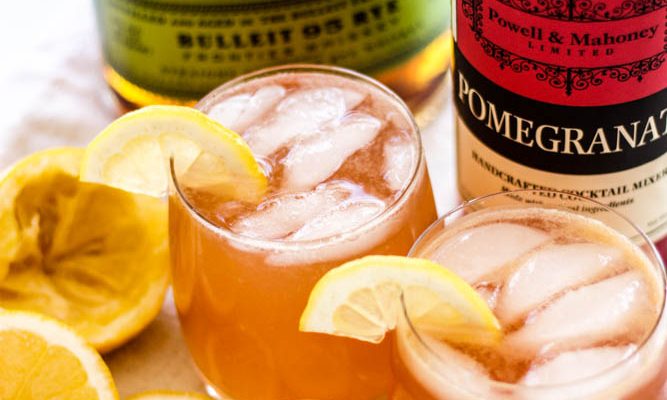 What’s up with Whisky?

This Saturday is World Whisky Day, which is basically a day of appreciation for all things whisky, and is “celebrated” throughout the globe. (If you want to learn more about the holiday, click here).

But how much do you really know about whisky (and whiskey, for that matter)? Well – we put together the perfect cheat sheet for you, including where it’s made, what it’s made with, and a P&M signature recipe for each!

Want to talk about them in plural?

Pro-tip: If you happen to forget, just ask yourself if the country of origin has a “e” in it’s name. America – has an “e”, spell it whiskey. Japan – no “e”, must be whisky.

There are many types of whiskey, and are determined by things like country (or state) of origin, the type of grain being used, and the process in which it’s made. Types include Bourbon, Scotch, Single Malt, Blended, Irish, Rye, Japanese, Tennessee, and Canadian – just to name a few!

For now, we’re going to focus on the big 4: Bourbon, Rye, Irish, and Scotch. 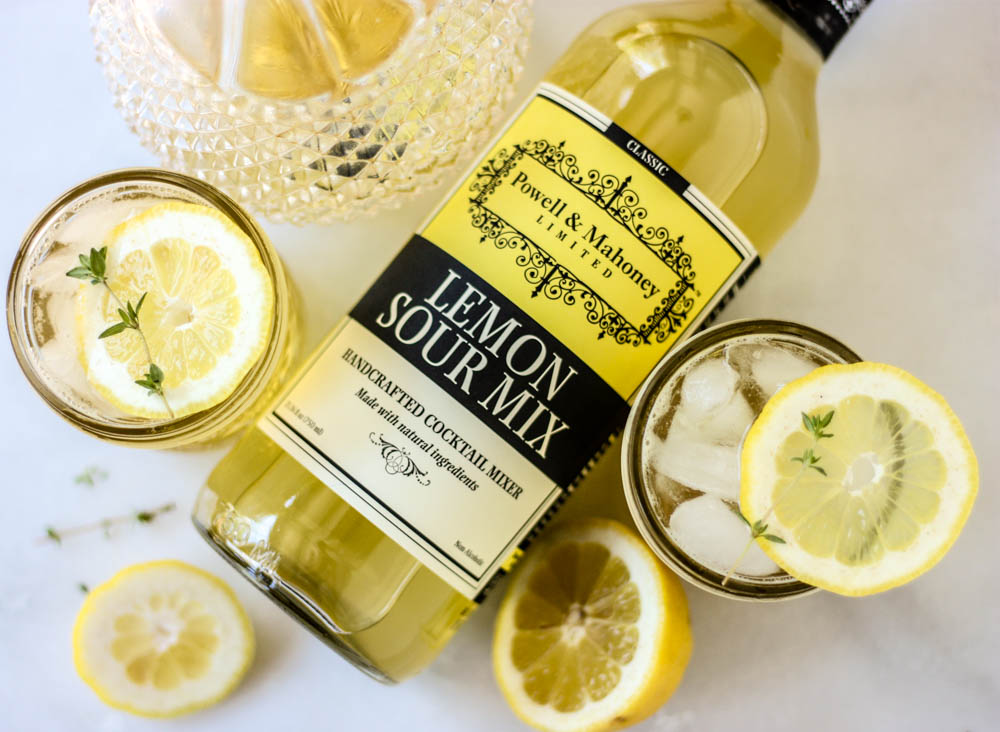 In a shaker, combine bourbon, P&M Lemon Sour, and ice. Shake and strain into a glass with fresh ice. Top with club soda, and garnish with a lemon wedge. 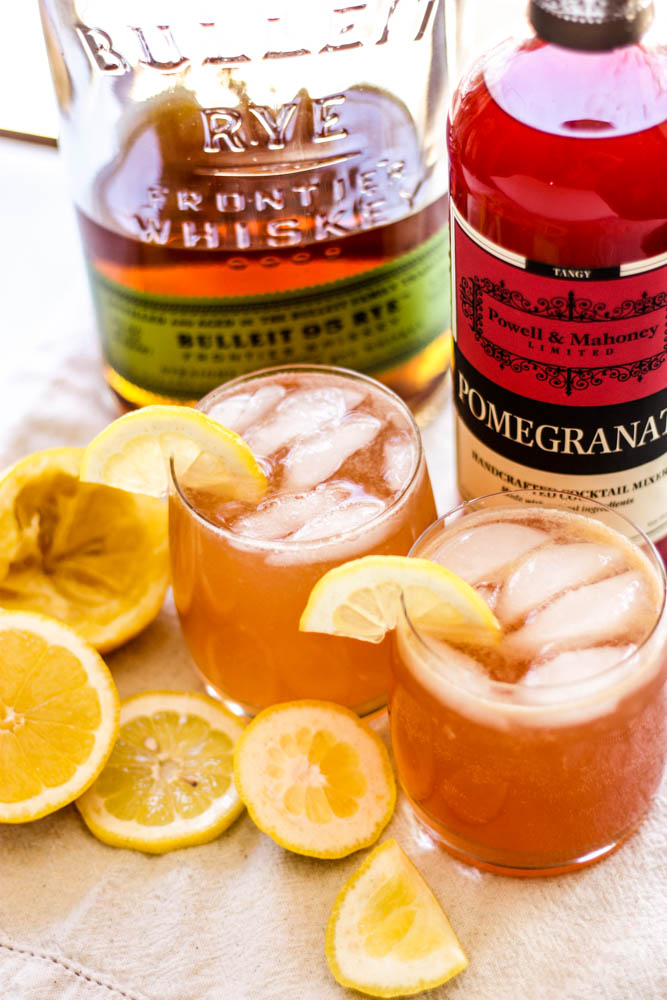 In a shaker, combine rye whiskey, lemon juice, P&M Pomegranate, and ice. Shake and strain into a glass with fresh ice. Top with club soda, and garnish with a lemon wedge. 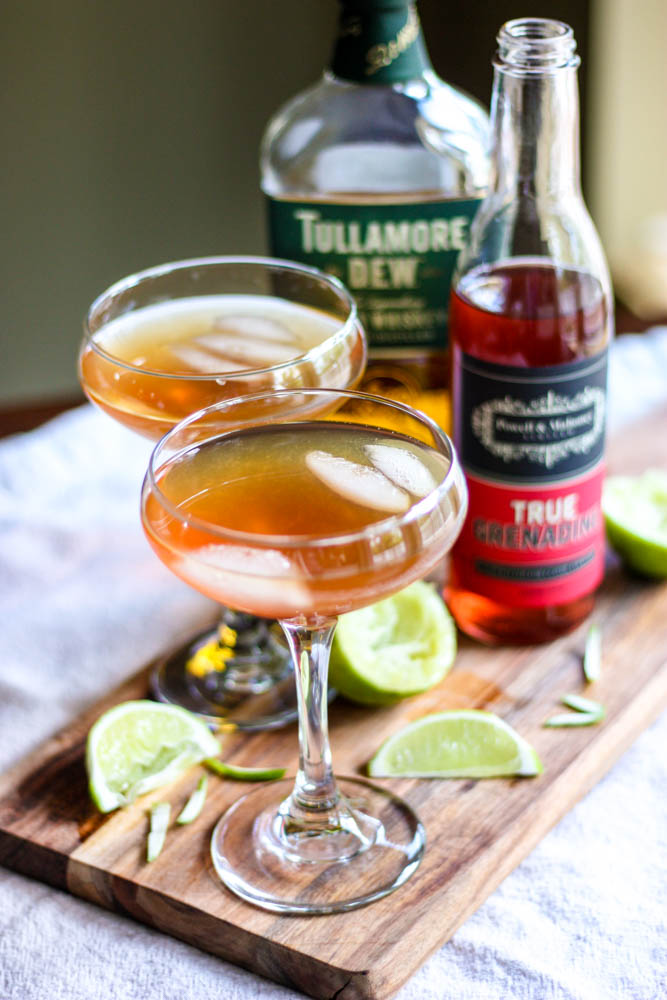 In a shaker, combine all ingredients with ice. Shake and strain into a cocktail glass. Add a few ice cubes, or an additional splash of lime juice, and drop lime wedge into the cocktail. (optional) 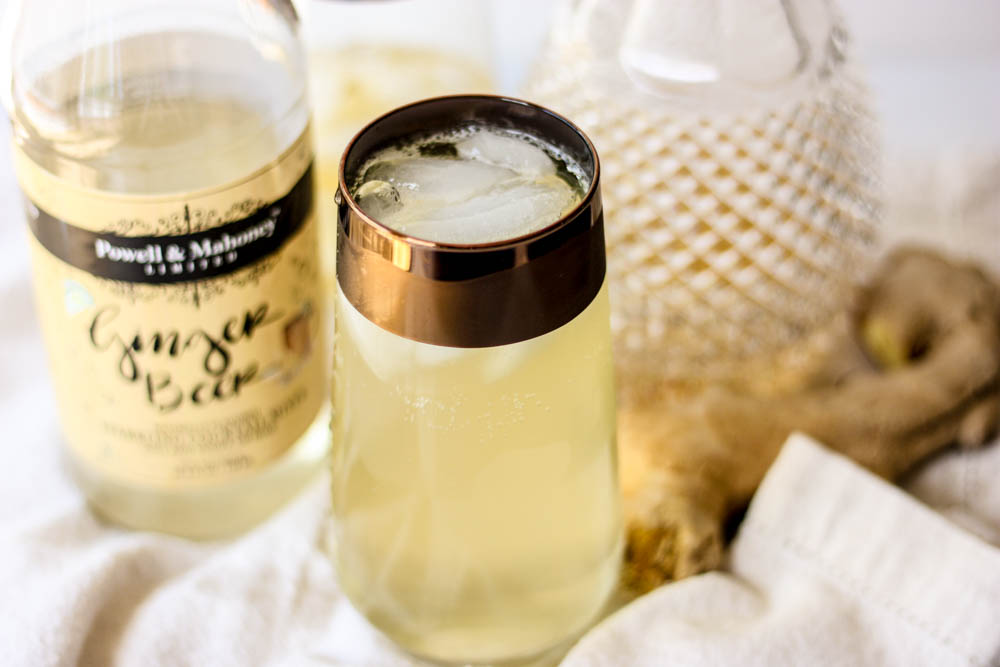 Fill a glass with ice. Combine all ingredients, and lightly stir. Garnish with candied ginger (optional).