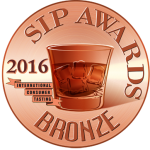 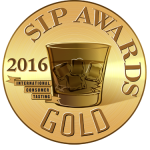 SALEM, Mass−Powell & Mahoney, Ltd earned six awards at the 7th annual Spirits International Prestige (SIP) Awards competition held May 31, 2015 in Newport Beach, California. The 2015 SIP Awards comprised of 423 brands from all over the globe. Consumers were asked to judge each entry blindly in order to deliver an unbiased review.

These latest awards accompany a long list of competition success, having received high accolades in 2014 from both the Los Angeles International Spirits Competition and the Beverage Testing Institute (Tastings.com). Original Margarita was recently chosen to be featured in People Magazine’s “Father’s Day Gift Guide” which hit newsstands June, 2015.

About the SIP Awards

The Spirits International Prestige (SIP) Awards were created to fill the void that is the current state of international spirits competitions. The illusion created by massive advertising budgets, celebrity endorsements and lofty judging is old, tired and susceptible to industry bias.

There is no better group of advisors for a product than real consumers. The SIP Awards are the first to cut to the core of public opinion as a starting point, rather than an afterthought, in branding and product development. Catering to the palates and opinions of the consuming public, the SIP Awards present a unique, spirit-judging competition, unaffected by industry bias.