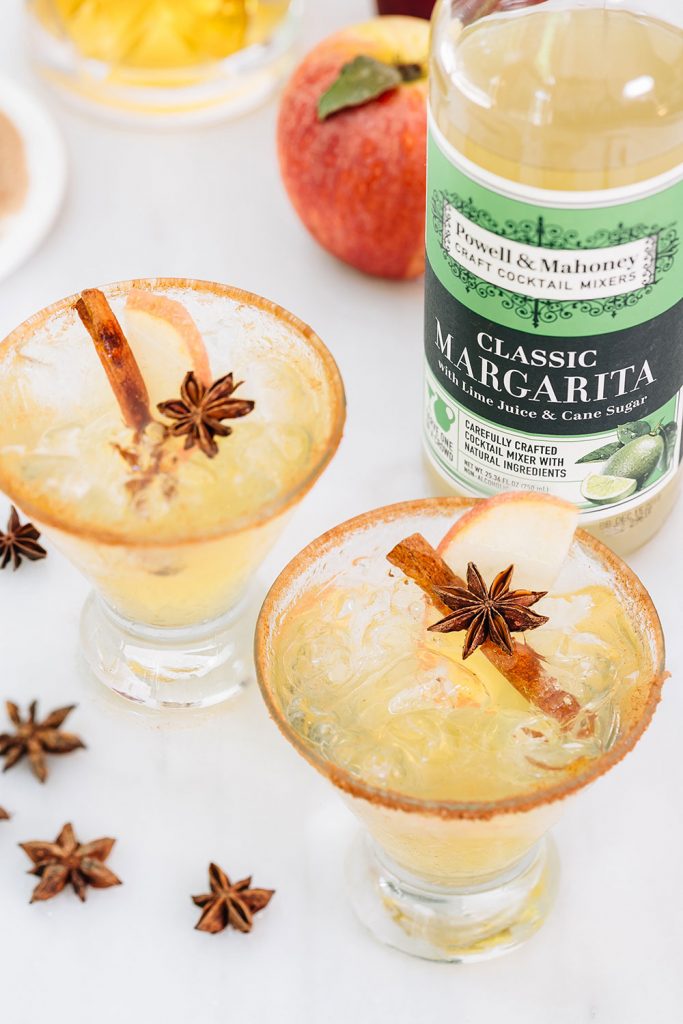 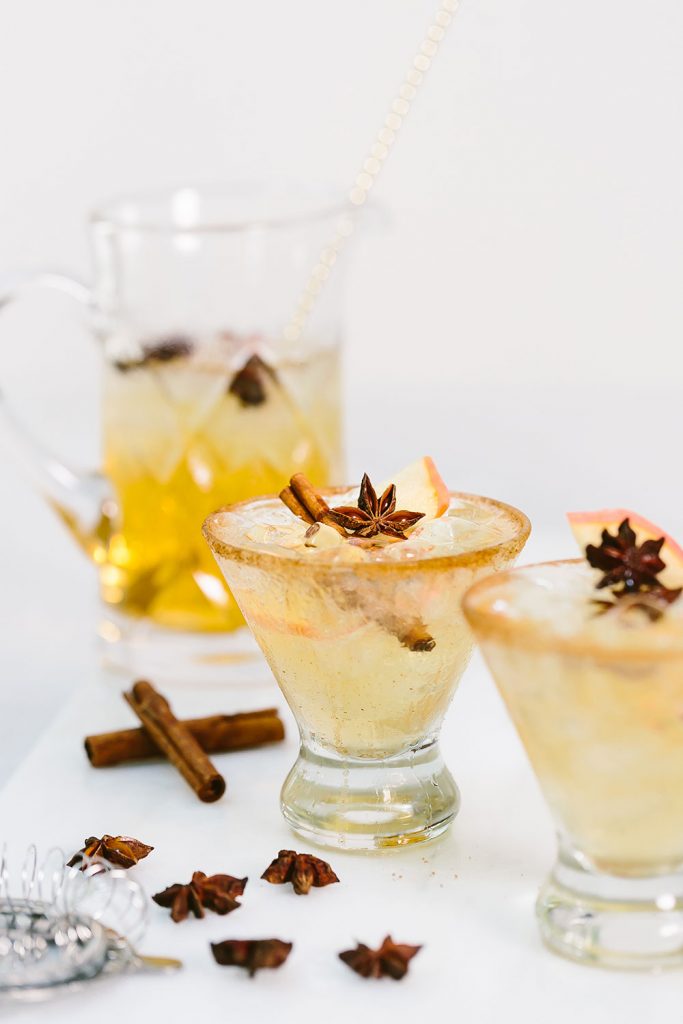 We always love the fall season in New England. While it pains us to think we’ll be shoveling our driveways in just a few months, the cool air, foliage, and smell of pumpkin-and-apple-everything makes it all worthwhile.

Tequila is a favorite spirit of ours, and we strive to drink it (seasonally) all year long. This margarita is a great way to enjoy the flavors of fall, while also enjoying our Avion tequila! 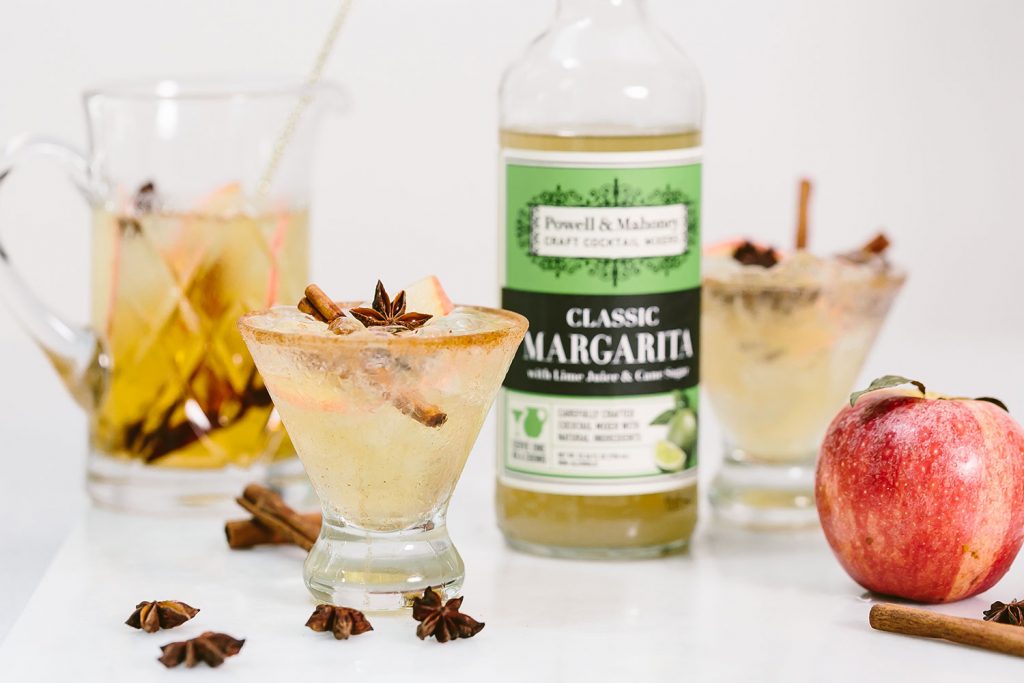 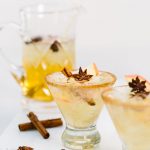 Wet 2 margarita glasses using a wedge of lime. Mix together 1 tbsp of sugar and 1 tsp of cinnamon in a flat
plate. Rim the edges of the glasses with the sugar-cinnamon mixture. Set aside.

1. Mix together the tequila, triple sec, apple juice, and P&M Classic Margarita in a large glass.

2. Divide the ice between the pre-rimmed glasses, and pour the cocktail over the ice.

3. Garnish each cocktail with a slice of apple, star anise, and cinnamon stick. Serve immediately.